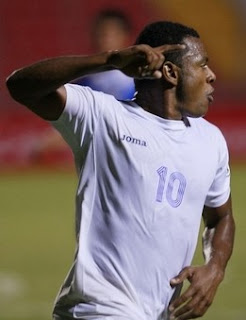 The year began in Uganda where the hosts lifted the 2009 CECAFA Cup with a 1-0 win over Kenya in the final. Tanzania, who had earlier suffered a shock 1-0 defeat to Somalia, finished third by beating Burundi 3-2.
The stage then moved to Asia and the 2011 Asian Cup qualifiers where Indonesia and Thailand held their hosts Jordan and Oman respectively to goalless draws and Japan narrowly defeated Yemen 2-1 at home while Vietnam having beaten Lebanon 3-1 at home found themselves on the wrong end of a 6-1 drubbing in China. The United Arab Emirates were far too strong for Malaysia and returned home with a 5-0 win under their belts, but were brought down to earth a week later with a 1-0 home loss to Uzbekistan. Indonesia kept another clean sheet earning a point at home to Australia while Oman enjoyed a 1-0 victory in Kuwait and Japan fell to a single goal in Bahrain.
In the 2009 UNCAF Cup hosts Honduras who started with a weak 2-1 win against Belize reached the semi-finals where they were beaten 1-0 by eventual winner Panama and had to settle for 3rd place after a 1-0 win over El Salvador who had also started badly only managing a 1-1 draw against Nicaragua. The Nicaraguans shocked Guatemala with a 2-0 victory to claim 5th place and the last spot in the 2009 COCCACAF Gold Cup (Samuel Wilson, pictured above, scored both goals). In the final Costa Rica, who had eased past Panama with a 3-0 win in their group match, failed to break the deadlock and lost to the Panamanians on penalties.
Many teams began their year with international friendly matches in February. The reports can be accessed in Score. There were also World Cup qualifiers in which Bahrain continued their run of good results and ascent in the football rankings with a 1-0 win in Uzbekistan and Saudi Arabia lost by the same result in North Korea. Mexico suffered a blow, losing 2-0 in the USA. Among friendly matches the historic 1-0 triumph of Norway in Germany was the most notable.
Posted by Mark at 10:14 AM 6 comments: