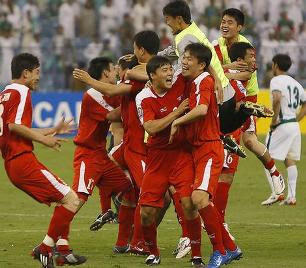 In Africa Gabon enjoyed a 3-0 home win against Togo while Egypt lost 3-1 in Algeria before jetting off to play in the Confederations Cup. Ghana were 2-0 winners in Mali and a single goal gave Burkina Faso all 3 points in Malawi.
Posted by Mark at 2:58 AM No comments: